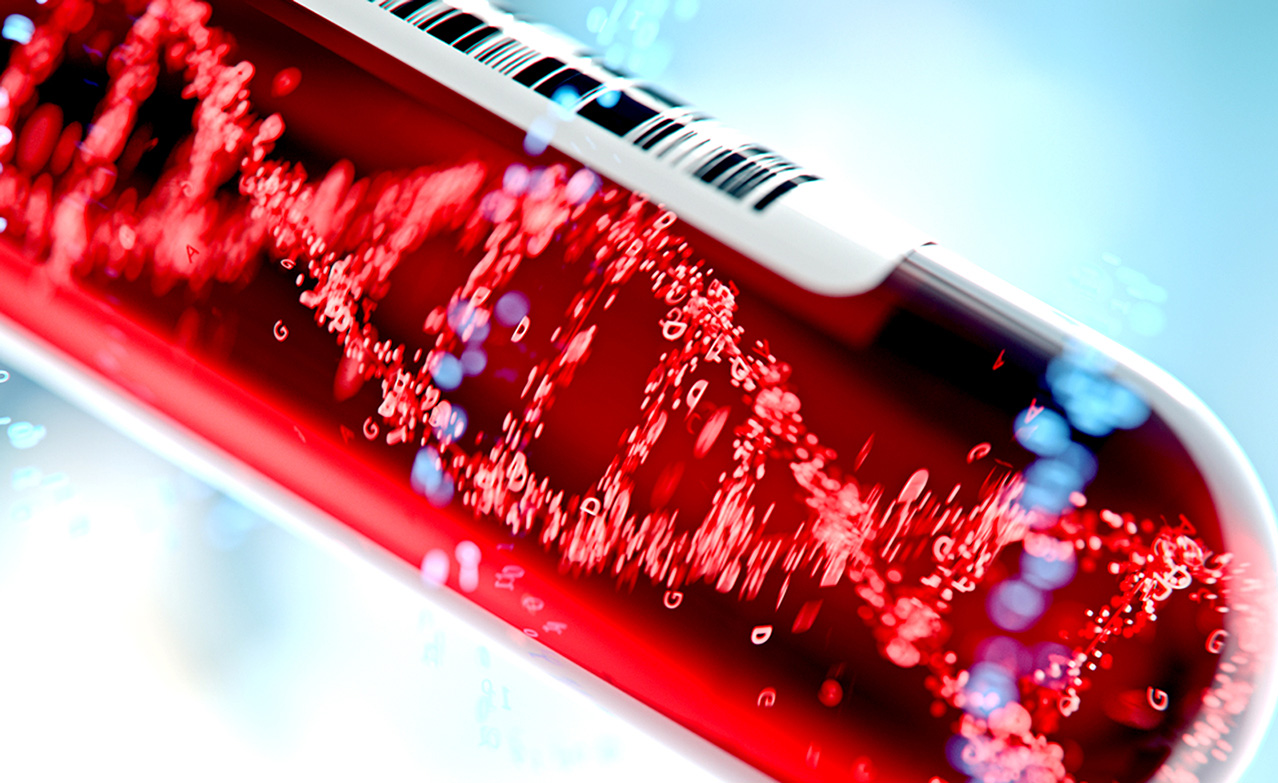 Recent progress in the field of epigenetics has provided crucial insights into the mechanisms of tumorigenesis. Cancers originate from an accumulation of both genetic and epigenetic alterations. Researchers have documented that epigenetic changes occur in the initiation, progression, and metastasis in a number of tumor types.

There are two major areas of interest in the clinical use of epigenetics: therapeutics and biomarker identification. Because epigenetic modifications are reversible, they have gained attention as a target of preventive and therapeutic medicine. For example, DNMT inhibitors and HDAC inhibitors in blood cancers have shown positive clinical impact (Hatzimichael, 2013).

Diagenode offers epigenomics services that you can trust for chromatin, DNA, and RNA analysis.

During tumor development, tumor cells release DNA, mRNA, and microRNA into the blood circulation. This process occurs by apoptotic and necrotic cell deaths, characteristic of tumors.

Cancer patients, unlike non-cancer patients, have a higher level of cfDNA in plasma or serum, and epigenetic alterations can be detected in these samples. For example, cFDNAs from a wide range of cancers have shown K-ras and p53 mutations (Zhuang 2017). In addition, Septin 9 methylation observed in cfDNAs may be a sensitive biomarker for early colorectal cancer detection. High frequency of aberrant hypermethylation of specific genes have been also detected in cfDNA from sputum (bronchial secretions common in smokers). Another study analyzed the methylation of specific genes in urine sediments from patients with prostate cancer and showed the sensitivity of DNA methylation biomarkers in distinguishing early and late prostate cancer (Rodriguez-Casanova 2021).

Additionally, numerous non-coding RNAs (ncRNAs) can be detected in liquid biopsy. Several studies have highlighted the role of ncRNAs in cell-to-cell communication through the promotion of differential gene expression in tumor cells and stroma. The disruption of ncRNA expression in cancer cells may also alter histone PTMs and DNA methylation levels (Church 2014).

Exosomes, microvesicles, and apoptotic bodies can be found in different body fluids at high concentrations. These vesicles play an important role in cancer as they promote cell proliferation and invasion. These bodies can be isolated by ultracentrifugation, immunoaffinity, or precipitation. Molecular alterations have been described in exosomal DNA and exosomal ncRNAs from cancer patients (Liu 2020).

The analysis of DNA methylation has also been explored in circulating tumor cells isolated from blood. Data demonstrated that methylation profiling of CTCs represents a promising non-invasive approach for tumor detection.

Genome-wide bisulfite-based approaches based on NGS allow to evaluate the whole methylome in liquid biopsy allowing discovery of the whole methylation landscape of cfDNA from cancer patients.

The significance of NGS

The combination of NGS with machine learning has enabled the development of a test based on ~1 million CpG sites capable of detecting and localizing more than 50 tumor types. (Liu M. C. et al., 2020). Another research group designed a targeted NGS assay based on 9,223 hypermethylated CpG sites obtained from The Cancer Genome Atlas (TCGA), which proved useful for identifying tumor types (Liu et al., 2018). The PanSeer assay, which considers 10,613 CpG sites, allowed the detection of five cancer types regardless of the tissue of origin. Importantly, this assay enabled the detection of the presence of cancer in asymptomatic individuals years before standard diagnosis (Chen et al., 2020).

Histone modifications in blood-circulating nucleosomes have revealed that-they can also contribute to cancer detection. For example, low levels of H3K9me3, H4K20me3, and H3K27me3 have been proposed as biomarkers for the diagnosis of colorectal cancer (Gezer et al. 2015). Different post-translational modifications detected in circulating nucleosomes have also proven useful for screening (Rodriguez-Casanova 2021). In addition, high concentrations of circulating nucleosomes in CRC patients have been associated with disease progression, poor therapy response, and reduced survival. Levels of nucleosomes in cancer patients are dynamic and thus can be useful to indicate the response to therapy in real time (Holdenrieder et al., 2001).

Studies have identified circulating miRNA signatures for early detection cancer with high sensitivity and specificity. The levels of different miRNAs in blood can also provide information about the patient's disease stage, and represent a valuable tool for early detection of recurrence and the evaluation of response to therapy.  For instance, the overexpression of miR-21, is associated with the activation of relevant specific pathways that promote tumor pathogenesis in colorectal cancer (Xiong et al., 2013). In addition, recent transcriptomic analyses have revealed cancer-specific expression signatures of miRNAs, lncRNAs, and other ncRNAs (Song et al., 2020).

Link to DNA methylation: DNA methylation may control the expression levels of ncRNAs in colorectal tumor cells. Exosomal miRNAs (e.g., miR-21 and miR-139-3p) analysis represents a valuable tool for diagnosis and prognosis. The analysis of miRNAs in circulating exosomes has revealed important strategies for the identification of treatment-resistant patients.

Opportunities - From research to translational biomarkers

The translation of circulating epigenetic biomarkers into the clinical setting will require large multicenter studies to demonstrate the clinical benefit of their use.